FaceApp, the Russian mobile application that became famous on the internet for creating an “elderly version” of yourself, saw its immense popularity turn into a pile of privacy questions.

There were questions about what data is collected and shared, and fears about a company having a facial database of 150 million people worldwide.

But the company’s questionable practices may stretch beyond that point.

What happens when you apply a filter again and again on the same photo? This is my curiosity speaking. First, I tried applying the male filter on my picture just to see some exaggerated features. I ended up looking like a caveman.

Now it was time to try filters on other people. Who better than People’s sexiest man alive choice of 2018? Thanks to Mariana Cunha for the tip ;)

After a few iterations of the aging filter, I have turned Idris Elba into a bizarre-looking Santa Claus. 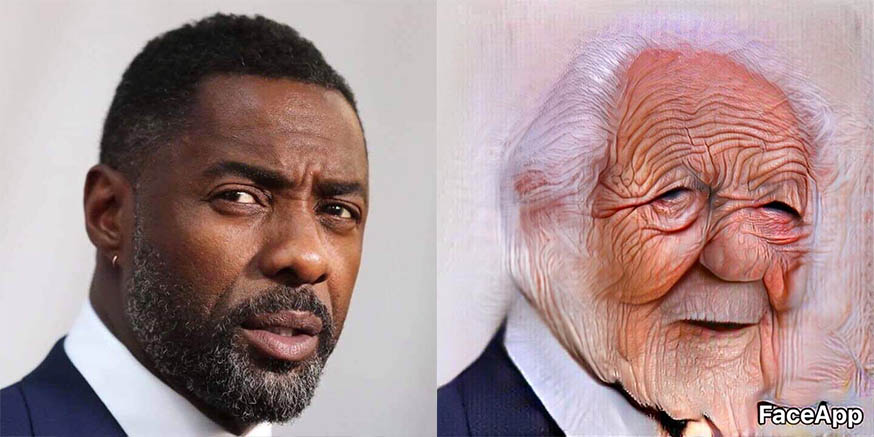 This is when it hit me. I have just reverse engineered FaceApp’s machine learning process. Well, kind of.

At that point I got my team together to discuss ideas for the story and to design controlled experiments.

Our experiment applied the aging filter 5× on the same images. Despite the obvious distortions caused by artificial aging, all faces were whitened.

This indicates a racially biased database that may have been used to train the machine learning system that powers the software.

For this project, a dozen pictures of black personalities were used — such as Terry Crews, Barack Obama, rapper Jay-Z, singer Iza and actress Lupita Nyong’o. 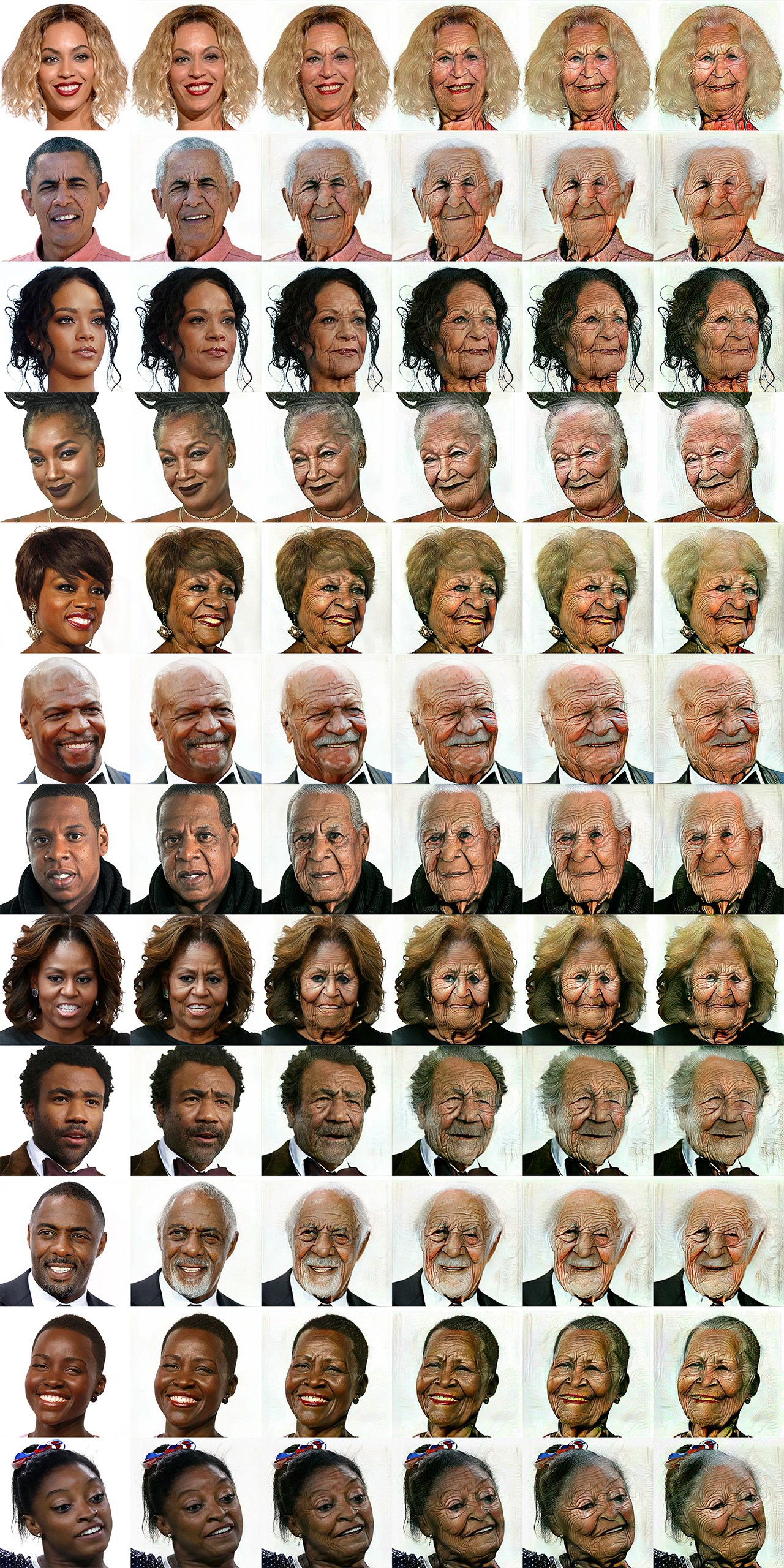 Here are some of the most evident outcomes: 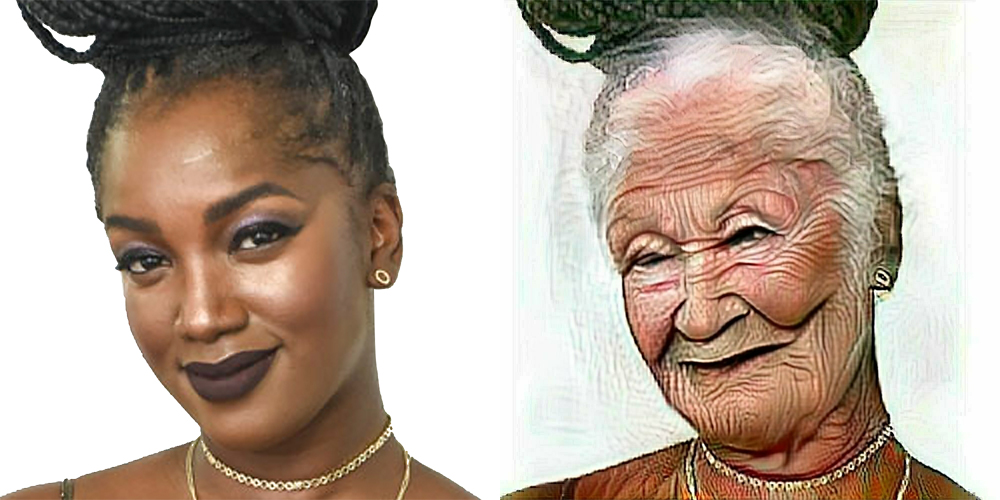 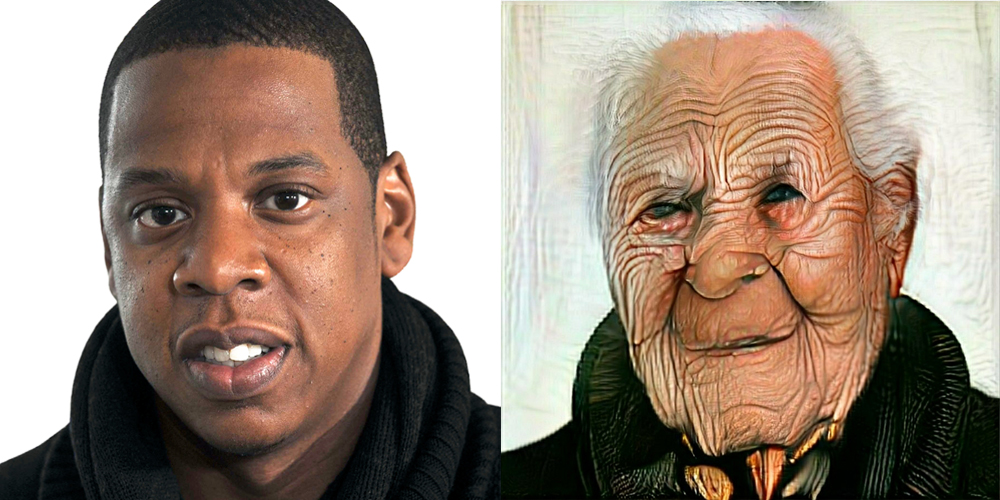 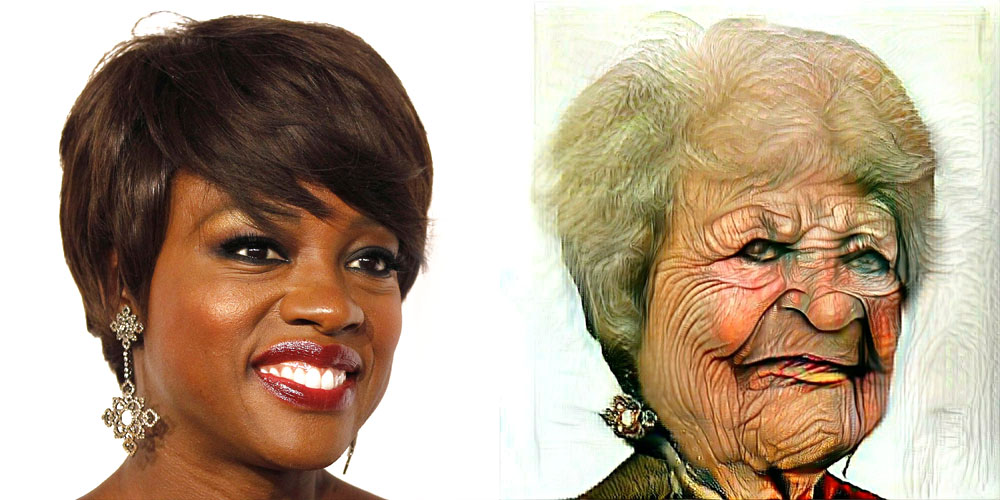 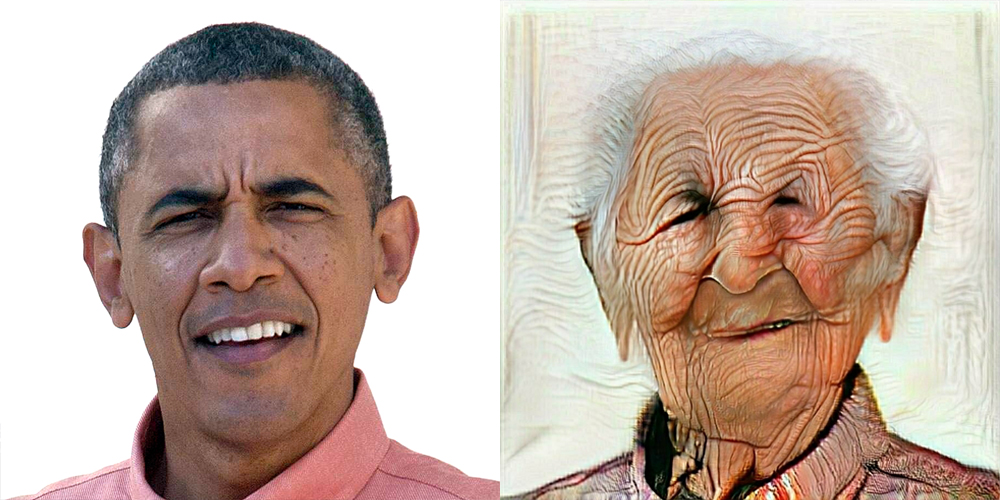 There is a human bias in collecting the data that was used to train the machine. I believe FaceApp had more images of white people than black people.

The simplified diagrams above were published on the original article. They represent 2 image datasets used to train a machine. The first one is biased. Lighter or darker shades of each square represent the skin tone of the person portrayed in each photograph.

On a biased dataset, when searching for patterns, the computer identifies that being white is a characteristic of older people.

If the training data is unbiased, the neural network doesn’t find any relationship between color and age. Thus, the machine highlights aspects such as skin roughness and baldness.

This kind of “algorithmic racism” on a popular app is just the tip of the iceberg of an issue that society will face in the coming years.

According to specialist Tarcízio Silva, facial recognition, credit scoring systems, job candidate analysis or criminal risk scores are also developed and deployed without much thought into their potential racial consequences.

One of the ideas for avoiding biased algorithms lies behind the principle represented by FAT – an acronym for Fairness, Accountability and Transparency.

That is, algorithms should treat everyone equally and companies should be responsible and transparent. The principle is discussed worldwide by experts in the field.